Improper usage, mis-handling, excessive heat, heavy magnetic field and other similar reasons causes damage to the memory card resulting in the loss or inaccessibility of your precious photos. Obeying below memory card care tips, you can avoid losing your memorable photos, videos and other multimedia files to memory card corruption or damage.

Reformat after copying files: Make a point to reformat the memory card each time after copying photos and other files to computer. Note: Do the formatting from the option available in the camera itself and not from computer.

Keep memory card free: Try to avoid long term saving of much data on the memory card, even if it has a huge capacity. Backup is always a better option in the point of data safety and thus the memory card remains free.

Don't make the card too full: Avoid the memory card becoming too full before transferring files to camera memory or computer. Note that sometimes if the memory card gets too full, it overwrites the card headers.

Remove card after shutting down camera: Never remove the memory card, while the camera is still saving photo or video to it. Usually, videos take a while before completely being saved to the card; removing the card in the mean time can corrupt it.

Shut-down camera few seconds after taking snaps: Never shut-down your digital camera immediately after taking a snap. Always wait a while and shut-down to avoid corruption of the memory card.

Stop using erroneous memory card: On encountering any trouble in the memory card, stop using it immediately. Never try deleting pictures or reformatting the troubled card. It is safe to opt the services of a photo recovery solution provider.

Careful with the card format option: Carefully perform the 'Delete All' and 'Card Format' options. Close all other operations take back-up of your important files and then perform these operations. 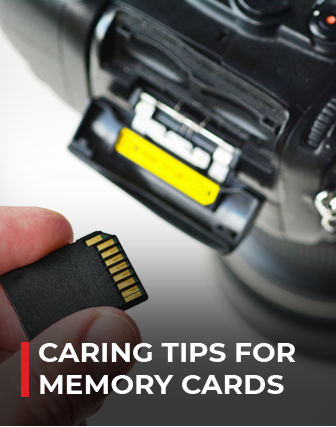